Board of Directors: 2021 Candidates

The 2021 Annual Meeting of PrimeTrust Federal Credit Union will be held on April 21, 2021 virtually via Facebook Live.  The Nominating Committee submitted a slate of candidates to the Board Secretary that included nominees Jason Webber, David Cox, and Joey O'Connor . All candidates will be nominated for a three-year term.

Jason, a current board member, has been the Director of the MBA and Graduate Certificate program at Ball State University since October 2017.  Jason holds Bachelors and Masters degrees from Ball State and successfully graduated from Northwestern University’s School of Police Staff and Command.  Jason previously served for 20 years as a Muncie Police Officer and an adjunct faculty member in the criminal justice department at Ivy Tech Community College.

He is a 3rd degree member of the Knights of Columbus (prior Deputy Grand Knight), a prior PL221 Steering Committee member at Northview Elementary School, and has coached youth soccer, baseball, and football teams.

David was born in Muncie and has been a long-time resident of Delaware County.  He graduated with a B.S. degree in Business Administration from Ball State University in 1993.

After spending 6 years in retail and retail management positions throughout the Midwest, David moved back to Muncie in 1997 to accept a position with Meeks Mortuary.  For 23 years, David has served in a variety of roles at Meeks, including as President and CEO since 2015.  David has also been actively involved with several local community organizations, including the Muncie Sunrise Rotary Club and as a current member of the Hillcroft Services Board of Directors.  David has been married to his wife Julie for over 27 years.  The couple has three children, Makayla, Makenzie, and Cameron, who is a senior at Delta High School.

Joey is a life-long resident of Muncie and Delaware County. He attended Muncie Community Schools and earned a B.S. degree from Ball State University in 2011. Shortly after graduating, Joey earned the distinction of Certified Public Accountant from the State of Indiana. Joey is involved with the Indiana CPA Society and was awarded the distinct Emerging Leader Award for his contributions to the CPA profession.

Joey is a CPA with Estep * Doctor and Company, PC., where he is a manager and shareholder. His specialties include management consulting, tax planning and attestation service. Joey has also been involved in several community organizations. He is currently the treasurer of the Delaware County Sports Heritage Foundation.

Unlike banks or other financial institutions, your Credit Union is a cooperative governed by you, our members.  Credit Union Board Members are volunteers that are elected by the membership to govern and direct your Credit Union.  As Directors, these individuals are not compensated for the countless hours they spend on your behalf, a member of PrimeTrust Federal Credit Union.

The Nominating Committee submitted a slate of candidates to the Board Secretary that included nominees Jason Webber, David Cox, and Joey O’Connor. Both Jason Webber & Joey O'Conner will be nominated for a three-year term. David Cox is fulfilling the remaining term for Sue Dalton & will be up for re-election in 2022.

If any member is interested in placing his/her name on the ballot to become a Director of the Board, you may do so by a petition signed by 1% of the membership. Each nomination by petition must include a statement of qualifications and biographical data.

In addition, each nominee is required to sign a certification stating that they are agreeable to nomination and will serve if elected to office.

If there is only one nominee per seat, then an election will not be conducted by ballot. There will be no nominations from the floor.

To join PrimeTrust, simply visit your nearest branch location with a valid photo ID, see list, an initial deposit of $5 into a regular share account, and verification of your personal information, such as address and phone, to begin your membership.

To open an account please visit your nearest branch location.

Apply for a Loan

Because we're member-owned, we work to keep our rates low and our terms simple and easy to understand — with no unexpected surprises.

Check out this FAQ for eBranch! 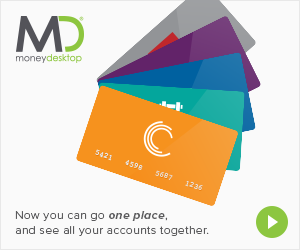 Your savings federally insured to at least $250,000 by the National Credit Union Administration (NCUA) and backed by the full faith and credit of the United States Government.